It has been nearly a year since our dogs entered a ring for the last time. Wall-E was shown in September 2020 and Toffifee and Milica in July 2020. Ever since there was no show that took place. We decided to enter our two youngsters in Zagreb after so many months.

It is a bit of a shame that they missed nearly all their Junior career, but they made us proud with their first steps back at shows 😀

Toffifee – Black Majesty Never A Dull Moment
Toffifee was entered into intermediate class immediately, since another younger dog from Iva showed in juniorclass. We decided not to compete for Junior Championship with Toffi, but immediately start to collect CACs for the adult championship. Toffi did not let us down and took the breed. In the finals he showed superb and went on to be BEST OF GROUP at his first show where that was possible!

Milica – Black Majesty New York
Sister Milica  was shown too, but decided for her to try and get the Junior championship of Croatia. She took Junior CAC and opened it with it.

It was a very cool and successful showday for our pandemic kids! 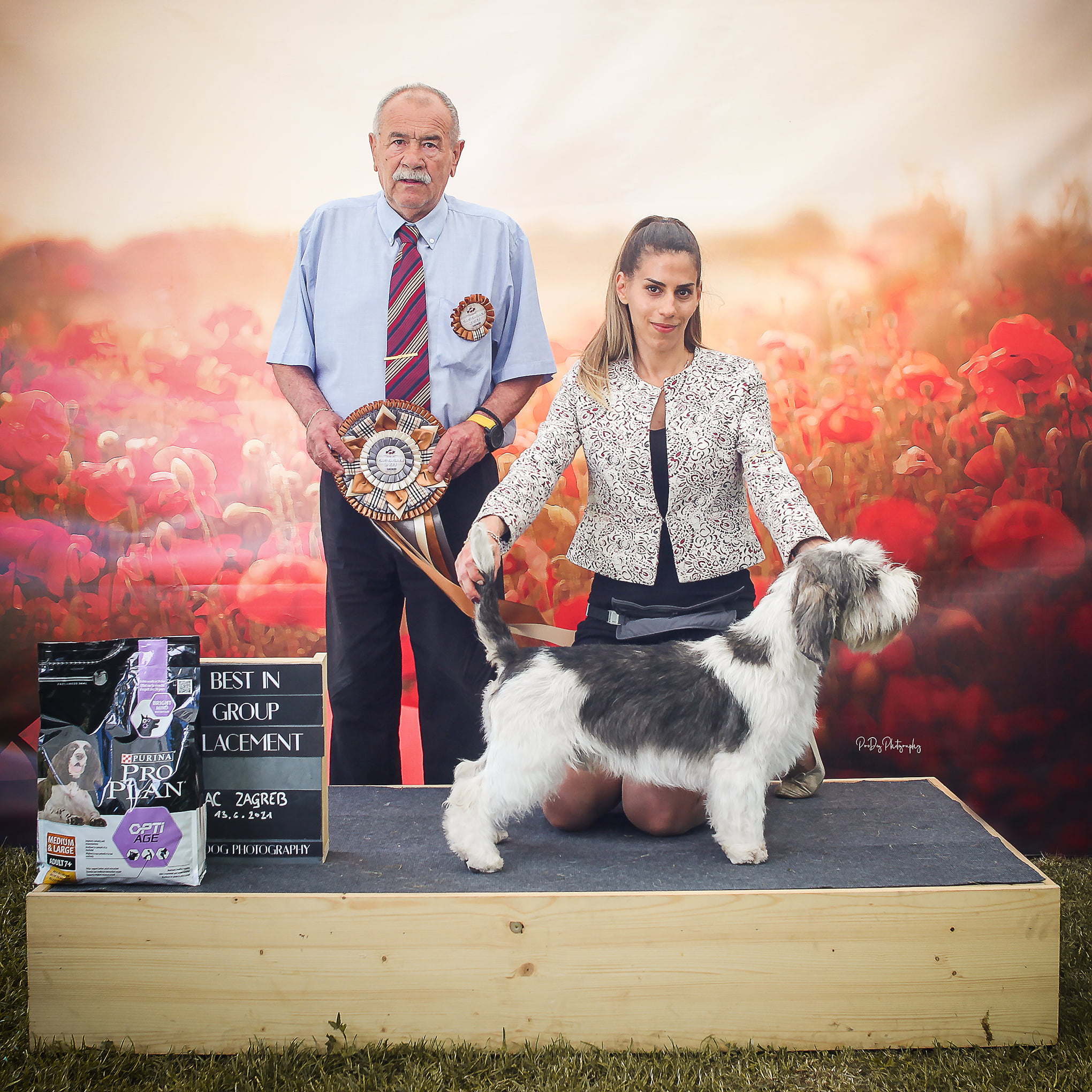